Part 1 is an overview of the work Sam is doing in Scarborough with fresh expressions (as the 'vicar without a church').
Part 2 is a reflection on Peter walkng on the water

22And straightway Jesus constrained his disciples to get into a ship, and to go before him unto the other side, while he sent the multitudes away. 23And when he had sent the multitudes away, he went up into a mountain apart to pray: and when the evening was come, he was there alone. 24But the ship was now in the midst of the sea, tossed with waves: for the wind was contrary. 25And in the fourth watch of the night Jesus went unto them, walking on the sea. 26And when the disciples saw him walking on the sea, they were troubled, saying, It is a spirit; and they cried out for fear. 27But straightway Jesus spake unto them, saying, Be of good cheer; it is I; be not afraid. 28And Peter answered him and said, Lord, if it be thou, bid me come unto thee on the water. 29And he said, Come. And when Peter was come down out of the ship, he walked on the water, to go to Jesus. 30But when he saw the wind boisterous, he was afraid; and beginning to sink, he cried, saying, Lord, save me. 31And immediately Jesus stretched forth his hand, and caught him, and said unto him, O thou of little faith, wherefore didst thou doubt? 32And when they were come into the ship, the wind ceased. 33Then they that were in the ship came and worshipped him, saying, Of a truth thou art the Son of God. 34And when they were gone over, they came into the land of Gennesaret. 35And when the men of that place had knowledge of him, they sent out into all that country round about, and brought unto him all that were diseased; 36And besought him that they might only touch the hem of his garment: and as many as touched were made perfectly whole. (KJV)

We are here to worship God, to spread the Good News of Jesus, and to seek practical ways of sharing his love, in the power of the Holy Spirit. 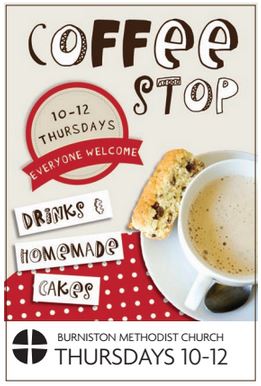